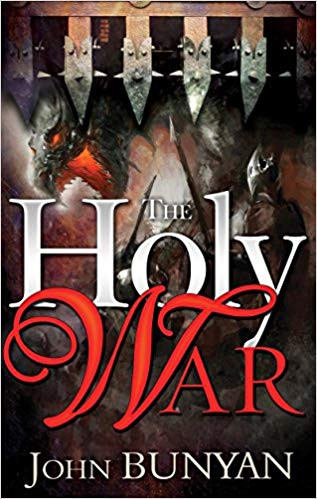 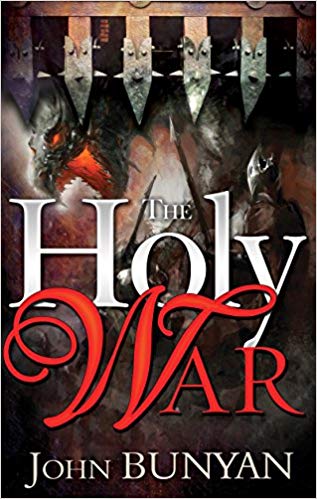 From the Back Cover

The Holy War Once upon a time in the town of Mansoul, a fierce battle raged to take control away from the rightful Prince. Who will be the conquering Prince? Diabolus or Emmanuel? And what can the inhabitants do to resist the attacks of the evil one? Your soul is under attack from the forces of evil. Through this powerful allegory, you will learn how to: Build up your defenses, flood your moat, and prepare for war!Bunyan will illuminate your understanding and show you:

* When your will is in line with Christ, you can accomplish anything.
* Spiritual attack is constant and can be deadly.
* The enemy will stop at nothing to possess your soul.
* Christ the Conqueror is on your side, and with His help, you have nothing to fear!

John Bunyan was born in Elstow, England, in November 1628. Two times his life was spared, once when he was in the army and a soldier who took his place in battle was killed, and once when he fell out of a boat and nearly drowned. He believed, and the world can testify to the truth, that God spared his life for a special purpose.

A few years after he married his first wife, she died, leaving him with four young children. Four years later, he married his second wife, Elizabeth. By this time, he had published two works and was formally recognized as a preacher.

On November 12, 1660, he was scheduled to preach in the little town of Lower Samsell. When he arrived, he was informed that a warrant had been issued for his arrest. Unwilling to denounce his Christian faith and his calling to the ministry, he was imprisoned for twelve years. Among the many writings he published during his imprisonment are The Holy City, Grace Abounding to the Chief of Sinners, and the most famous, The Pilgrim’s Progress.

After his release, he continued to write and publish stirring works that have endured through time. Among these classics are The Holy War, Visions of Heaven and Hell, and Journey to Hell: The Life and Death of Mr. Badman. After traveling through a rainstorm in an effort to reconcile a young man and his father, Bunyan died on August 31, 1688, and was buried in Bunhill Fields.